A private limited company is by the act, under the section of 3 required among other things to restrict the right to transfer its shares. But in a public limited company shares are freely transferable except where the company holds a lien on the said shares to transfer. It is generally the practice to include a provision in the articles reserving the right with the board of directors. 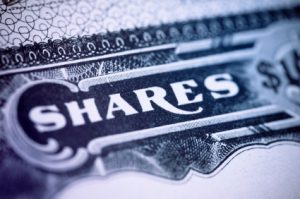 Board to exercise its discretion bona fide

There were several cases where it was held that the action on the part of the directors to refuse registration of transfers was on wrong principles and was tainted with an oblique motive. Ajay Publishers Ltd Bangalore. The court held that though the articles may give the directors an absolute and uncontrolled discretion to refuse company registration to transfer, this is a fiduciary power and interest of the company.

With the enactment of the depositories act 1996, which was passed by the parliament during july 1996 and which was deemed to have come into effect on 20-09-1995, section 22A of the securities contracts (regulation) act, 1956 has been deleted. This said section 22A was specially introduced in order to promote the free transferability of the shares in a public limited company, particularly in a listed company and companies were allowed to refuse registration of shares only on certain specified grounds and to seek the direction of the erstwhile company law board.

The above procedure under erstwhile section 22A of SCRA, 1956 will no longer hold gold. Instead, along with the enactment of the depository’s act 1956, inter alia, a new section 111A has been added to the company’s act 1956 which has amended by the depository’s related laws.

By amendment to section 108 of the act, it is now provided in sub-section (3) therein, Accordingly, the instrument of transfer and the connected formalities in section 108 do not apply to the transfer of securities held under the system of depositories.

Existing section 111 made applicable only to private companies

Incidentally it may be noted that at the time of the enactment of the depositories act 1996, an amendment has been made to section 111 by sub-section (14) so as to make it clear that the said provision would only apply to a private limited company and erstwhile deemed public limited company by virtue of section 43A.

Automatic transferability of shares and debentures under depositories act 1996